Video games can pull me into a narrative world more than any form of storytelling. Whether gazing into space from the deck of the Normandy in Mass Effect, exploring the gritty glow of Midgar in Final Fantasy VII, discovering the cultures of the wasteland in Fallout, or taking in the haunting solemnness of Tristram in Diablo; video game “towns” enchant players and engross us in their world. “Town” is used loosely here. Any game scene where the player can speak with non-player characters (NPCs) and take a break from the main action counts.

You don’t need to be a 3D artist or programmer to create an immersive scene using this tutorial. The  project will outline steps to use existing code and art assets to craft a  game environment, focusing on narrative techniques to immerse the player. This tutorial won’t cover how to create original environment art or program character controllers or dialog systems.

Our goal is to create something that feels like a living, breathing place with its own culture, history, and future.

By completing this project, you’ll be able to: 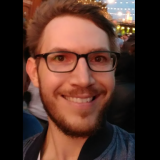 David Antognoli is a game developer and professor of game design at Columbia College Chicago. A game industry veteran with experience in both programming and game design roles, David has worked on projects with companies like Microsoft, Sega, 2K Games, and Nickelodeon. Now he finds creative refuge in independent game development and teaching others how to create amazing games.

This may be a good place to introduce yourself and your site or include some credits.